Analysing historic trends in waves is more challenging because of the relatively few long-term wave buoy observations around Australia, however a study of satellite altimeter observations from 1991 onwards indicated a strong positive correlation between significant wave heights in the Southern Ocean and the Southern Annular Mode (SAM), particularly during autumn and winter (Hemer et al. 2010).

The physical impacts of extreme sea levels on the coast are inundation and erosion. Extreme sea levels can occur as a single event, such as a storm surge, but often they arise from a combination of events which can result in a greater impact on the coast than if the events had occurred individually. For example, extensive damage was incurred along the NSW coastline in June 2016 when an intense low pressure system, known as an East Coast Low, impacted the coast at the same time as a “king” tide (a natural, particularly high tide event that occurs twice per year). 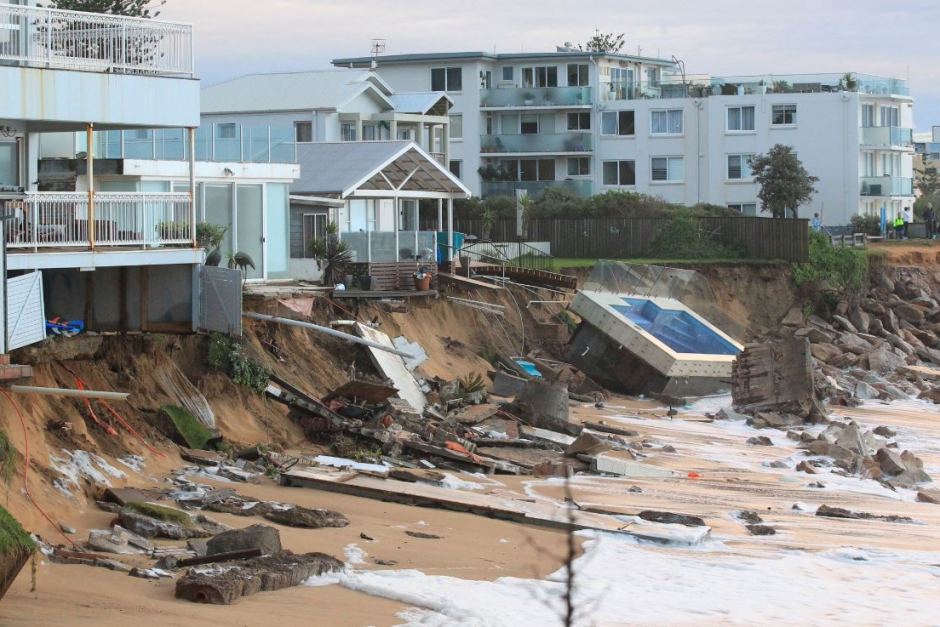 Damage sustained at Collaroy Beach in June 2016 as a result of an East Coast Low and one of the highest tides of the year. Photo credit: Fairfax Media, Peter Rae