Energy from the Ocean

The world’s oceans are responsible for the transport of vast amounts of energy through movement of heat and water, which has potential to contribute to future power sources which are not dependent on fossil fuels.

The Sea Level, Waves and Coastal Extremes group is engaged in a project funded by ARENA to create a Wave Energy Atlas for Australia, the challenge is described here. A CSIRO challenge description of energy from the ocean can be found here. 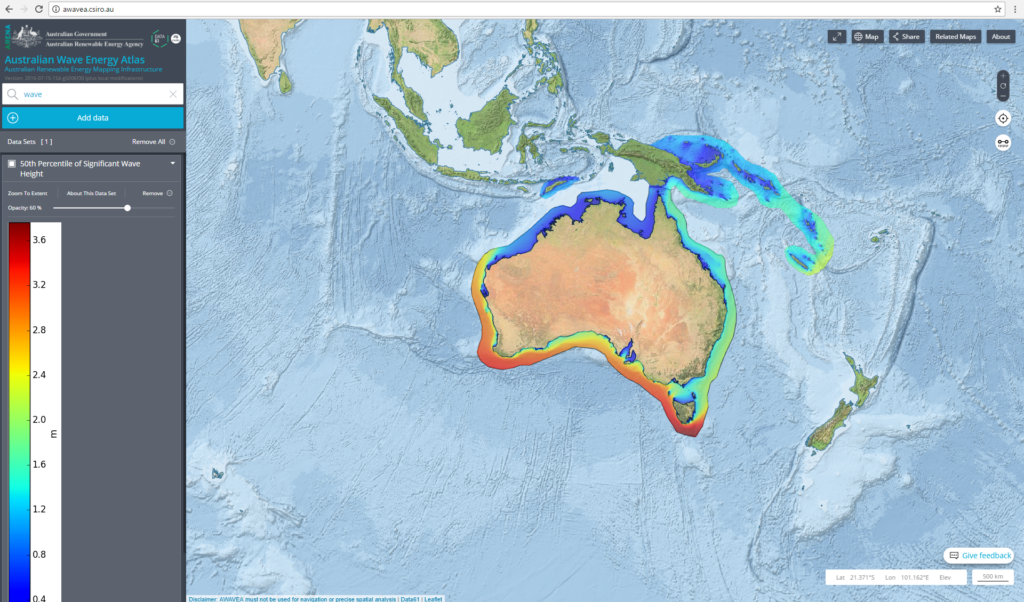 The ocean provides an abundant source of renewable energy. One of the benefits ocean energy has over other renewable energy sources is its greater predictability and availability. Tides are predictable over all time-frames, and waves have a forecast horizon up to three times more than wind.

Wave energy is an emerging technology that has been generating interest as an alternative renewable energy source. We undertook research to find out more about the potential of wave energy, and how it stacked up against other technologies. We embarked on research to broaden our knowledge of wave energy by creating the Australian Wave Energy Atlas. The atlas provides a 4D interactive wave map of the greater Australian coastal area relative to available infrastructure and spatial constraints in the marine domain such as ports and shipping routes, fisheries and aquaculture, marine and coastal parks; and it is publicly accessible. Our preliminary studies show the southern coastline of Australia has a great wave resource. This is because strong Southern Ocean winds generate consistently large waves which travel northwards to Australia’s southern coastline. The large consistent swell provides ideal conditions for wave energy production. Our research shows wave energy could contribute up to 11 per cent of Australia’s energy (enough to power a city the size of Melbourne) by 2050, making it a strong contender in Australia’s renewable energy mix. 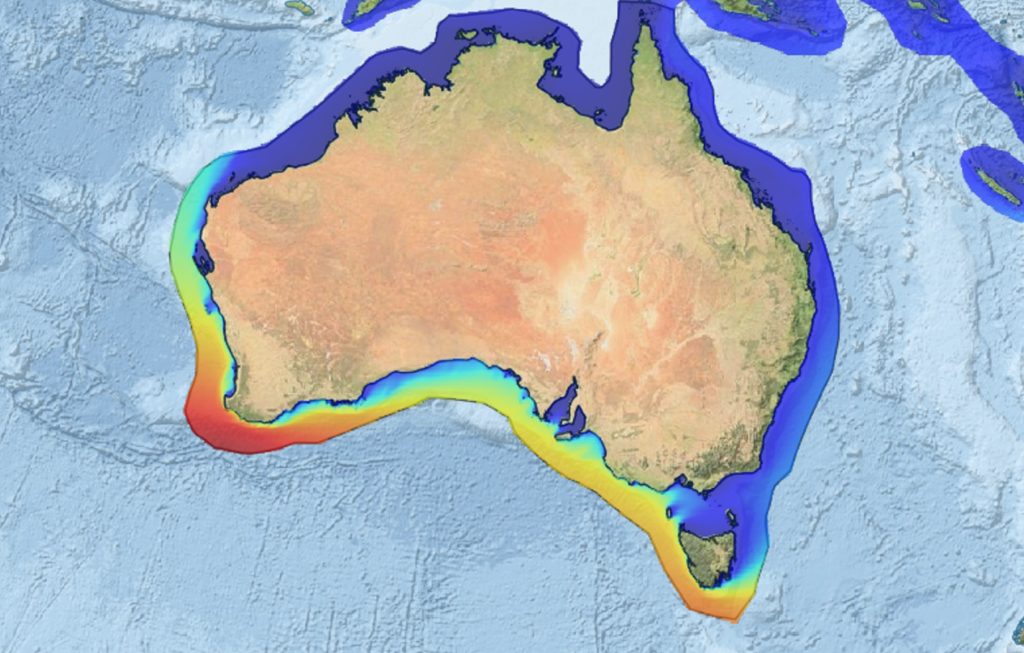 Average wave energy flux around Australia’s coastline in winter (July) on a scale up to 135Kw/m.