Extreme sea levels can change through rising sea levels and changes in weather systems that produce storm surges and large waves, however for Australia it is mean sea level rise that will continue to be the main driver of extreme sea levels in the future (e.g., Colberg and McInnes 2012).

Sea level rise could cause coastal flooding to occur more often as water levels sufficient to induce flooding could be produced by a smaller storm surge occurring at high tide.

Projections of future sea level rise around Australia by 2100 is similar to the global average, although there will be regional variations. The impacts of extreme sea levels in the future will also vary around the Australian coastline because of regional variations in mean sea level rise, tidal amplitude, coastal geomorphology, and the particular weather systems that drive storm surges and wave characteristics in those regions. For example, the east coast of Australia is likely to experience up to 6 cm more sea level rise than the global average by 2100, and is impacted by storm surges often driven by East Coast Lows. In contrast, in northern Australia tropical cyclones pose the most significant storm surge threat, which can be amplified due to a high tidal range and wide continental shelf particularly in the northwest. 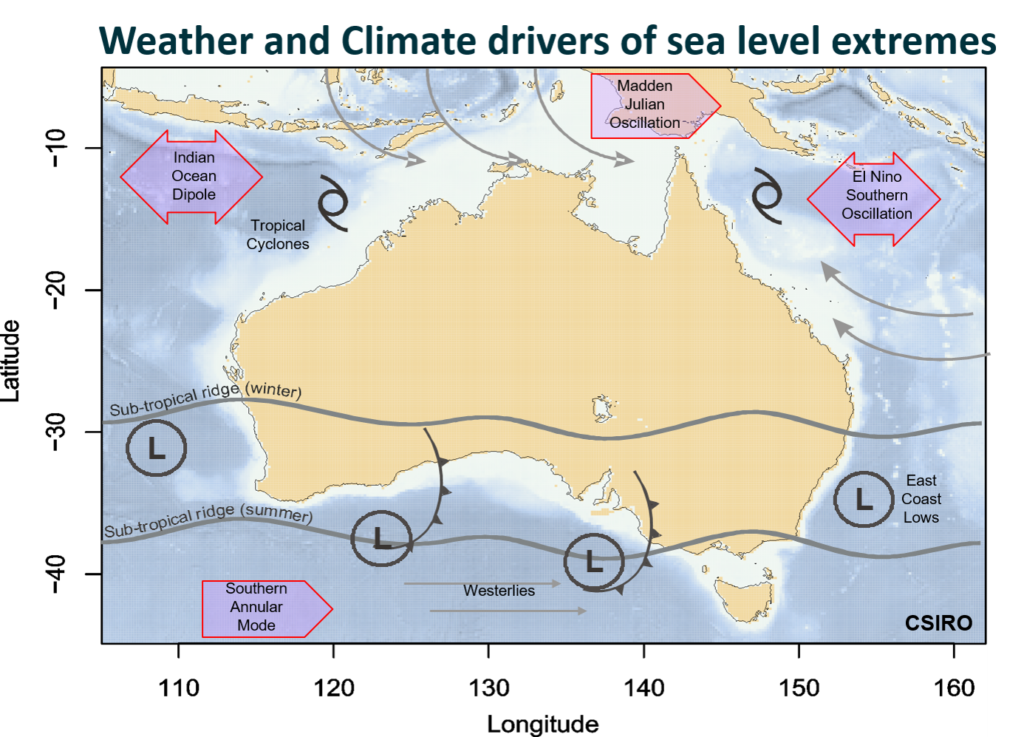