The PMCP research team comprised of researchers from CSIRO and UWA.

Shaun Collin from UWA research is focused on the sensory systems of reef fishes, predominantly on vision, combining marine science and developed an interest in neuroscience.  A large part of Shaun’s research is into the senses of sharks and how increasing our knowledge of that can lead to better shark deterrents. Besides vision, Shaun’s research has now expanded to include audition (hearing), chemoreception (olfaction), and gustation (taste). Shaun’s research team is developing a number of novel deterrents based on its knowledge of the (multi)sensory systems of sharks. Past research work on how sharks see has actually been incorporated into two new wetsuit designs, which are currently on the market. Shaun’s research is not limited to sharks, and includes the effects of dewatering in Pilbara mine sites on freshwater rainbow fish, focusing on their lateral line sense. Shaun is UWAs Chief Investigator for PMCP. 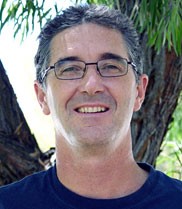 Russ Babcock from CSIRO has studied corals and coral reefs since 1981 and was the science coordinator for ecological monitoring in the initial WAMSI Ningaloo Research Program, which commenced in 2006. His breadth of experience spans the entire ecosystem, from primary producers to invertebrates, fish and sharks. Currently he is coordinating large ecological research programs in the Kimberley and deep reefs of Ningaloo, in addition to PMCP projects. He has key roles in coordinating the national IMOS AUV and AATAMS acoustic tracking programs, as well as sitting on the Great Barrier Reef Marine Parks crown-of-thorns Advisory Committee, and has interests in understanding long-term trends in ecosystems and the role of human influences on them. Russ is the CSIRO Chief Investigator for PMCP. 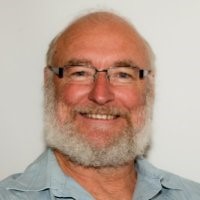 Gary Kendrick from UWA research is focused on the interrelationship between abiotic and biotic processes in the marine environment, and their impact on the patterns of distribution and abundance of communities and populations of organisms. Kendrick has focused this research on two model systems: species-rich marine algal assemblages, and species-poor seagrass landscapes. In the species-poor subtidal seagrass systems he has studied the dynamics of seagrass landscapes and modelled emergent landscape-scale phenomena related to the clonal growth of seagrasses at the shoot scale. His long-term research goal is to move from marine ecological studies that describe the distribution of marine organisms to a predictive framework for understanding the spatial linkages between marine species distributions, their genetics, biology and the physical environment. Kendrick is presently the lead scientist on a large NHT II-funded State Strategic project titled “Securing WA Marine Futures”. 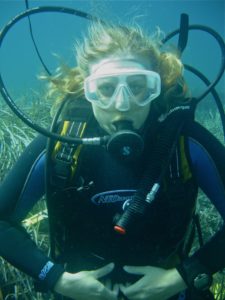 Ylva Olsen from UWA studies the responses of coastal vegetated or macrophyte-dominated ecosystems to environmental stressors such as climate change (warming and ocean acidification), eutrophication and disease. She has worked in estuarine systems, saltmarshes, seagrass meadows and macroalgal beds in the USA, Caribbean, North Sea and Mediterranean. Within this framework, she investigates plant and invertebrate responses (physiological and photosynthetic), ecological interactions (top-down and bottom-up controls of producers, food web structures), biogeochemical processes (carbon and nitrogen cycling, primary producer-driven patterns in carbonate chemistry and pH) and plant-disease interactions. 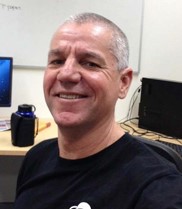 Mick Haywood from CSIRO has key expertise in the ecology of coral reef communities, spatial management and habitat mapping. He has extensive experience in non-destructive survey techniques including Underwater Visual Census, underwater video, experimental design, Geographic Information Systems and statistics. Mick has been involved in research at Ningaloo since 2006, and is also currently working on large projects located in Moreton Bay (Queensland) and Papua New Guinea. Mick’s role in the PMCP project includes planning and participating in crown-of-thorns starfish, fish and coral surveys throughout the Pilbara region, data analysis and production of reports.

Mat Vanderklift from CSIRO expertise is in the study of marine food webs and the ecology of coral reef and seagrass ecosystems. He has worked on several large, collaborative and multidisciplinary projects that span over two thousand kilometres from temperate southern kelp forests to tropical coral reefs. He has worked at Ningaloo since 2006, and is currently leading research projects at Ningaloo and in the Kimberley. He is involved in research within PMCP that examines the ecology of seaweeds, coral, fish and sharks — with emphasis on understanding natural patterns in abundance and the processes that maintain or disturb these patterns. 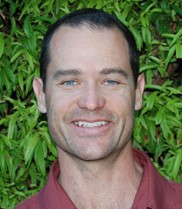 Damian Thomson from CSIRO is a coral reef ecologist with expertise in biodiversity and ecology of corals, and in the design and implementation of large-scale and long-term monitoring programs. He has worked on research projects in the Pilbara, the Great Barrier Reef, Papua New Guinea and temperate Western Australia, and is currently leading projects at Ningaloo. Damian has worked in north-western Australia since 2007, and his current research focuses on understanding the processes that shape benthic ecosystems in the Pilbara and at Ningaloo. 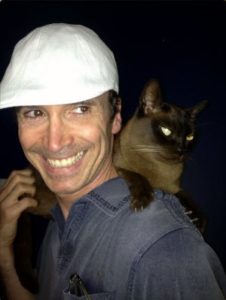 Fabio Boscetti from CSIRO is an applied mathematician with experience in modelling physical, ecological and socio-economic processes. His current research aims to better understand the interactions between ecosystem functioning and human activities and their management implications. He uses intermediate size models to study ecosystem dynamics and Agent Based Models to study animal movement to optimise survey design and to estimate species abundance.  His work also focuses on assessing the impact of uncertainty in both data and models and how this affects management decisions. An important component of this work is communication with scientists to improve model input and design and with decision makers to improve the understanding of model results. 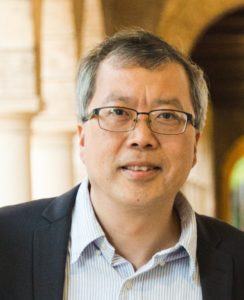 Ming Feng from CSIRO is a physical oceanographer specialising in the Leeuwin Current dynamics, the climate impact on marine environment, and the interaction of physical and biological processes in the oceans. He led the Western Australia Marine Science Institution (WAMSI) Node 2 research on “climate processes, predictability and impacts in a warming Indian Ocean” in 2008-2011. He now leads an Integrated Marine Observing System (IMOS) project to monitor the long term changes in the Leeuwin Current and is actively engaged in research on climate impact study in Western Australia. Ming leads the connectivity modelling project for PMCP.

Roland Pitcher from CSIRO has more than 30 years experience in marine ecology and fisheries research, covering coral reef fishes, tropical rock lobster, effects of trawling, recovery & dynamics, biodiversity mapping & prediction, modelling & assessment, and management evaluation — in support of management for sustainability of the seabed environment. He currently leads national-scale analyses of the footprints of all Australia bottom trawl fisheries and their impacts on seabed habitats & communities, and is contributing to applying these assessments internationally. In PCMP he led project #4, which characterised the Pilbara seabed ecosystem, delivering detailed information on benthic biodiversity, distribution maps, and environmental drivers.

Ryan Lowe from UWA studies the dynamics of waves and currents in the coastal ocean, including how they affect coastal processes, such as beach erosion and the function marine ecosystems. Ryan’s current research is largely focusing on two main areas: improving knowledge of the hydrodynamics and sediment dynamics of WA’s coral reef and rocky coasts, which he has been studying now for nearly a decade; and a new research program focusing on enhancing the design and performance of wave renewable energy in the coastal zone. His research incorporates fieldwork, extending from Perth up to the Kimberley, conducting physical modelling studies in wave flumes, and the use of numerical models to forecast coastal ocean conditions now and into the future. 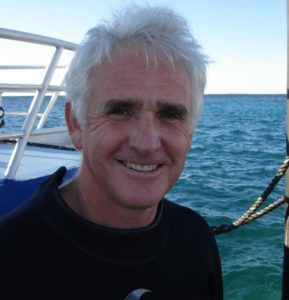 Malcolm McCulloch from UWA research addresses contemporary issues such as the impacts of climate change, ocean acidification and direct human activities on coral reefs. He has developed innovative new indicators of how these processes have affected coral reefs over timescales ranging from years, decades to many centuries by utilising geochemical records preserved in the skeletons of long-lived corals. He has also developed geochemical proxies to determine changes in ocean temperature, salinity and sediment/nutrient inputs into coral reefs, with the research having important implications for the management of coastal catchments, the resilience of corals to climate change, and the capacity of the oceans to serve as a major sink for CO2. Prof McCulloch’s current research relevant to PMCP is to aid the marine conservation of the region by providing information on coral reef health (productivity, diversity and dynamics) in the Pilbara/Ningaloo region. 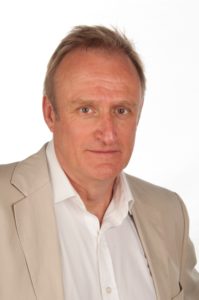 Julian Partridge from UWA completed his undergraduate degree in Zoology at the University of Bristol, UK, in 1982, leaving there as Professor of Zoology 29 years later.  His research in sensory ecology includes work on vertebrates and invertebrates, particularly those from the deep sea, but extends to birds, mammals, and even includes plant biology.   Thought his career he maintained a special interest in the marine world, is qualified as a commercial diver, and has spent a total of several years at sea on ocean-going research ships. Marine sensory biology has taken him into underwater optics, the development of multispectral and polarisation sensitive cameras, and biologically-inspired robotics. At UWA, he is a Principal Research Fellow at the Oceans Institute, and Associate Professor in the School of Animal Biology. He is also WAIMOS Node Leader. 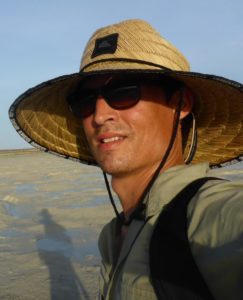 Oliver Berry from CSIRO is an ecologist who has used genomic techniques to address many applied questions in marine and terrestrial ecosystems. Oliver has extensive experience in population genomics, spatial ecology, conservation genetics, environmental DNA analysis, and invasive species management. For the PMCP project, Oliver is working with hydrodynamic modellers to incorporate biological attributes into models that predict the movements of organisms between reefs in the Pilbara bioregion. Olly is also leading the WAMSI research project on ecological connectivity in the Kimberley.

James Falter from UWA current research is focused on understanding how climate forcing affects the growth and productivity of coral reef communities through changing ocean physics and chemistry; particularly within the context of increased ocean warming and acidification.  I conduct most of my research through a combination of field studies, numerical modelling, and flume/mesocosm experiments.  For the Pilbara Marine Conservation Partnership, I am using geochemical tracers to better understand the physiological mechanisms by which calcification occurs in massive coral from Pilbara, how these mechanisms are disrupted by extreme environmental stressors such as marine heat waves, and how this more generally influences the use of massive coral as paleo-climate recorders. 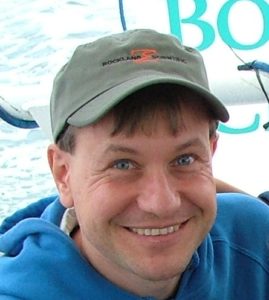 Dirk Slawinski from CSIRO is working on several projects that involve coastal ocean and estuarine modelling, including PMCP. Responsibilities range from collecting and manipulating historical physical and geographic data for model input and analysis to writing programs for data visualization and processing. A wide range to cover, but always focused on data and data ethics. 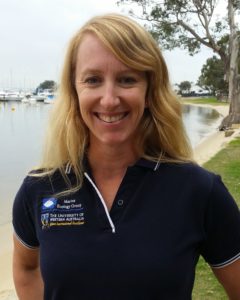 Dianne McLean is a Research Assistant professor at the UWA’s School of Plant Biology and the Oceans Institute. Di has extensive experience in the use of non-extractive, specialised stereo-video systems, which she uses to examine changes to the structure of fish assemblages in response to anthropogenic impacts associated with Industry development, climate change and fishing. Di also coordinates student programmes and effectively liaises with industry partners to provide valuable research information for better planning. 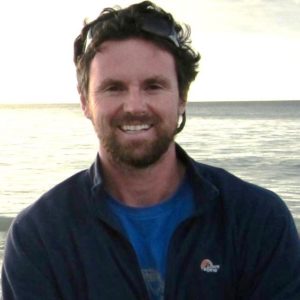 Timothy Langlois at UWA is active in creating international collaborations to synthesize a global perspective on the impacts of long-term and acute environmental and anthropogenic disturbances in marine ecosystems. My research in Australia examines continental-scale changes in ecological patterns as revealed by analyses of non-destructive video surveys of ﬁsh assemblages. As a Research Fellow at the Oceans Institute and a lecturer in the School of Plant Biology I use these global and regional studies to provide undergraduate and postgraduate students with a window into macroecological processes acting at both local and global scales.