Thisl is joint project between the Sustainable Minerals Institute (SMI) and CSIRO and funded by ACARP (project C23028). Incorporating geology in the blast design can deliver substantial improvements in drill and blast outcomes and equipment productivity. Rock strength and rock mass structure are the primary influences on fragmentation, and fragmentation impacts significantly on equipment productivity, from dragline operation to truck and shovel scheduling. Furthermore, proper understanding of geology and rock mass structure allows the drill and blast designer to identify and respond to potentially hazardous anomalies, such as faulted and fractured zones, pro-actively maintaining safety and environmental standards, without impacting significantly on site workflow and productivity.

The Sustainable Minerals Institute (SMI) has been involved in understanding and modelling blasting mechanisms for the past three decades and has developed a number of tools to model blast fragmentation, blast induced movement and damage. These modelling tools are now sufficiently mature and flexible be used routinely and integrated into site workflow. However, the performance of these models (especially those pertaining to fragmentation and damage) is most sensitive to realistic descriptions of rock mass structure, since structural elements such as jointing will directly control fragment size at the coarse end of the size distribution.

CSIRO has been a pioneer in developing methods to describe the geology and structural characteristics of rock faces through the use of 3D image based methods and discrete fracture network modelling. These tools are used regularly to map coal mine high walls and describe the geological and structural characteristics of rock faces.

This project integrates these two proven technologies to provide the mining industry with: 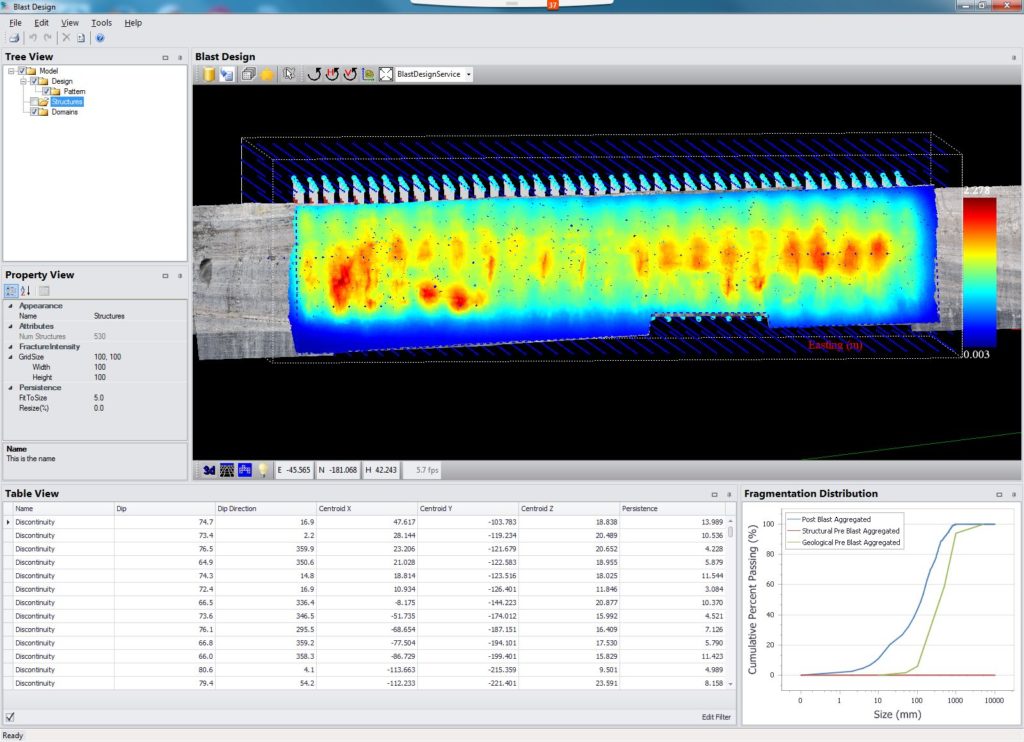 A short demonstration video of the software developed for this project is shown below.