What a week for our Earth observation community, here are a few milestones from the CCEO team: 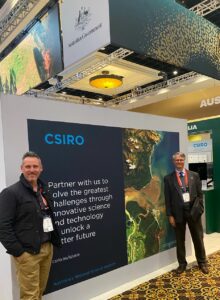 Our representatives at the 37th Space Symposium, Colorado (USA)

The Australian Space Agency joined the CEOS SIT meeting to share the news about the NSMEO with the international community. It is an historic investment in Earth observation which will reinforce “our relationships with like-minded countries so we can continue to draw on the data from their satellites for the benefit of all Australians”. The program will include the design, construction, launch and ongoing operation of several new Earth observation satellites. 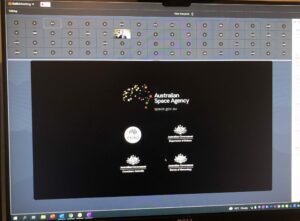 In addition to learning about the NSMEO, strategic priorities were discussed over the three days. The topics, linked to global Agendas (and hence relations between CEOS and UN Agencies) and relevant to CSIRO’s priorities, included: Climate & Carbon, Sustainable Development Goals, Biodiversity, Disasters, New Space, and Ocean & Coast. The group also reviewed data quality issues, analysis ready data (ARD), and the relationship with the Group on Earth Observation (GEO).