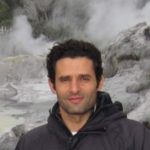 Dr Marc Elmouttie is a Senior Research Scientist at the CSIRO and leads the Mine Safety and Environment Group. He is a physicist with 15 years experience in researching and developing technologies for both mineral exploration and mining. The team’s research has been funded by coal and metalliferous mining companies and current research areas include 3D imaging, borehole logging and other sensing technologies, structural analysis algorithms and geotechnical analysis algorithms for stability analysis in surface and underground excavations. Marc’s research areas include 3D imaging for engineering applications, rock mass imaging & characterisation, quantifying uncertainty of structural analysis, modelling and monitoring of fractured rock systems for slope stability and other geotechnical analyses. 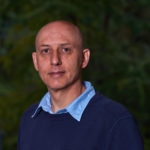 Peter Dean is a senior research engineer with the CSIRO Mine Site Characterisation and Imaging Group and graduated in Electrical and Electronic Engineering from the University of Wales in 1987. His career began in the aerospace and defence sector developing safety critical software for Rolls Royce engines, Type42 Destroyer  and as a lead enginner for the Boeing 777 fuel management system and BAe Tornado health monitoring system projects. He spent the next six years developing high integrity software for very large process control systems in the air traffic management  and energy sectors.   Since 2001, Peter has worked  for the CSIRO providing remote sensing and 3D imaging technologies to the mining sector. This has included software development for the Sirovision geotechnical analysis package now commercialsed by CAE Datamine. He developed the CoreProfiler software product that enables consistent drillcore logging from a scaled core digital image and is currently undergoing commercialisation. His other notable highlights have included the coal stockpile mapping project and integration of thermal imaging systems onto mining shovels to detect hotspots. 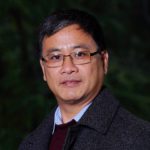 Dr Binzhong Zhou received a B.S. (1983) and M.S. (1986) in geophysics from Chengdu University of Technology (CDUT), China, and a Ph.D. (1993) in geophysics from Flinders University. He joined CSIRO in 1995 and is currently a principal research geophysicist with the CSIRO Mine Safety and Environment Group. Prior to CSIRO, Binzhong was a lecturer in geophysics at CDUT (1986-1989), a geophysical logging software engineer for Wiltshire Geological Services in Adelaide (1991-1993), and an Elf research fellow at Oxford University (1993-1995). His research efforts are directed at improving the scientific understanding of how geophysical measurements can be used to improve the mining industry’s ability to delineate orebodies and geological structures, understand the geotechnical characteristics of host rocks, improve mine design, reduce mining safety risks, and increase mine production and profitability. His research interests includes seismic methods, borehole logging, geo-radar, radio frequency electromagnetics and electrical resistivity imaging. He has developed several computer programs: SeisWin for the manipulation and analysis of seismic and radar data; LogTrans for an automated logging data interpretation; ImageWin for tomographic geophysical imaging; LogQA for the quality appraisal of the borehole logging data; GeoInterp for 2D and 3D geological and geotechnical modeling of geophysical logging data; and ParamEstimate for coal quality parameter estimation from geophysical logs. Binzhong was a key contributor to the 2000 award winning ACARP Project on the interpretation of small scale geological features on seismic reflection data. He has been an Associate Editor for Exploration Geophysics since 2004 and is a member of ASEG, EAGE and SEG.

Dr Jane Hodgkinson is a Senior Research Scientist and geologist in CSIRO Mineral Resources and leads the Mining Geoscience Team. Jane has worked at CSIRO for 15 years on a range of environmental and geological projects, linked with mining and resources. Jane is keenly involved in ‘in situ resource utilisation’ (ISRU) science and technology development, towards providing resources for long-term space missions. Jane has performed projects that include modelling, spatial data analysis using self organising maps (SOM), coal waste characterisation and geosequestration working across many of CSIRO’s business units. Jane leads projects developing decision making tools related to climate adaptation and value from mine waste. Prior to her career in geology, Jane worked in the London money markets in financial, commodities and futures trading and compliance. Jane moved to Australia in 2002. She holds the degrees of BSc (Hons) in geology (Birkbeck, London) and PhD in Geology and geomorphology from QUT Queensland. Jane has co-authored a book – The Earth as a Cradle for Life, with team colleague, Professor Frank Stacey, physicist and fellow at CSIRO. Jane and Frank’s second book was published by CRC Press in August 2017 – Practical Handbook of Earth Science. 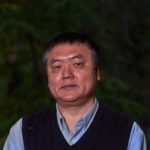 Dr Xun Luo is a Senior Principal Research Scientist and Leader of Geomechanics and Ground Control Team in the Mineral Resources.  He has worked with CSIRO for 20 years, on microseismic research and development in mining for risk management and production control. Dr Luo obtained his BSc degree in 1982 and MSc degree in 1986 in geophysics from Chengdu University of Technology, and PhD in 1994 in geophysics from Victoria University of Wellington. Since 1994, Dr Luo has participated and led more than 30 research projects in mining seismology in Australia and overseas, and his microseismic research team has got international reputation. Dr Luo’s research interests include passive seismic monitoring, seismic tomography, non-contact ground vibration sensing using laser vibrametry, earthquake monitoring, and hardware and software development. 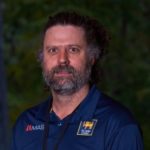 Matt Van De Werken has a Bachelor’s Degree in Electrical/Electronics Engineering from Northern Territory University (now Charles Darwin University). He joined CSIRO in 1999 as part of the Gravity project, and since its demise has worked with both the Microseismic and Nuclear groups as part of Minescale Geophysics. He has extensive experience in electronics design, firmware design, and most recently has been heavily involved with client liaison with various microseismic projects. Matt’s current title is Senior Experimental Scientist with the Geomechanics and Ground Control Team. His current interests include Python programming and metaprogramming, embedded and FPGA development and electronics design. 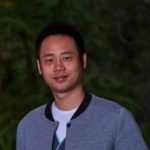 Yi Duan is a research technician and a member of Geomechanics and Ground Control Team in Mineral Resources. Yi graduated from China Univerisity of Geoscience (Beijing) in 2006 and obtained his Msc degree at Southwest Technology University of China in 2009. His major is Mining Engineering and he started his software development for microseismic application since 2007. He joined CSIRO in 2009 and his main work is on on microseismic data processing and computer programing for the research and industrial application. He has participated in more than 10 microseismic projects in coal mining industry. His research interests include GUI design, algorithm optimising, numerical modelling, seismic signal processing and graphic computation. 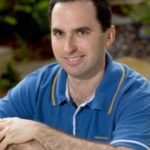 Michael Lofgren has been working as a Scientific Software Architect and Developer at CSIRO for over 20 years, now based in the Mining Geoscience team. He has combined his computing and physics knowledge to develop software for instrumentation control and the analysis of data in a long list of research areas, including nuclear spectrometric borehole logging, self-organising maps, airborne gravity gradiometry, microseismic monitoring, tele-operated shiploading and banana screen vibration monitoring. More recently Michael has been working on projects in the areas of 3D imaging and fibre-optic sensing.

Wayne Stasinowsky is a geophysicist experienced in most geophysical techniques. He has conducted R&D and field surveys in radar, 2D and 3D seismic, TMI and tensor magnetics, ground and airborne gravity and gradiometry, 2D and 3D induced polarisation and magnetotellurics. He has developed new field procedures and processing algorithms for all of these techniques. Wayne also has extensive experience with applying geophysics to operating open cut and underground mines to assist mine planning and to gain geotechnical information. Wayne has also worked in IT as a developer, project manager and knowledge management specialist.