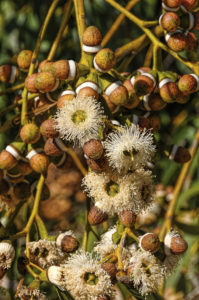 Australia’s natural species and ecosystems are highly vulnerable to climate change and will have difficulty adapting to the rate and extent of projected changes. Many species are at risk because they are restricted in geographical and climatic range.

Alpine regions, south-western Australia, coral reefs and freshwater wetlands are likely to be particularly vulnerable. There are also likely to be significant changes to our marine ecosystems due to warmer water temperatures and the threat of ocean acidification.

To manage and conserve these ecosystems we need to be able to:

While attempts to value our ecosystems in financial terms are difficult, the role that natural ecosystems play in maintaining human life is currently irreplaceable and beyond price.

About 80 per cent of Australia’s vertebrate species and plant species are found nowhere else in the world.

The value of tourism alone to Australia is in excess of A$80 billion per year, with many visitors coming to enjoy our unique environments, such as the Great Barrier Reef and Kakadu National Park.

Australia’s biodiversity is also an important part of Earth’s life support system as about 80 per cent of Australia’s vertebrate and plant species are found nowhere else in the world.

Threats in a changing climate

Climate change poses a clear danger to Australia’s natural ecosystems with more than 310 species of native animals and over 1180 species of native plants already at risk of extinction from invasive alien species and altered habitat, as well as resource harvesting and other human activities.

Anything that can be done to reduce the negative impacts of climate change will provide great environmental, social and financial benefits.

To identify and manage the threats facing our biodiversity and ecosystems CSIRO researchers have been working in two key areas:

CSIRO’s research is providing information for ecosystem managers and policy makers. By actively responding to requests from policy agencies, CSIRO is helping to improve how climate change adaptation is embedded into policy.

This area of work is developing improved models to predict the responses of species and ecosystems to climate change and help develop adaptation options to increase their resilience.

The work aims to provide managers, policy makers and researchers with better underpinning knowledge about how Australian species and ecosystems, both on land and in the ocean, will respond to climate change.

This includes assessing what changes can be expected, how naturally adaptable species might be, and the implications for ecosystem services as well as developing appropriate adaptation options.

Two key projects have examined likely impacts of climate change across the whole of Australia’s marine and terrestrial environments as well as identifying appropriate adaptation options:

CSIRO’s landmark Australia-wide assessment of the impacts of climate change on biodiversity and the National Reserve System to inform future management of Australia’s protected areas.

The 2012 Marine Climate Change in Australia Report Card demonstrated that climate change is having significant impacts on Australia’s marine ecosystems.

Other projects that examined specific issues in more detail include:

This area of work aims to develop adaptations to reduce the threats posed under climate change by bushfires, invasive species and habitat decline.

A significant amount of the bushfire research carried out by CSIRO fed into the Bushfire Cooperative Research Centre (CRC).