How is the Waterbird Research Project collecting waterbird breeding and movement information?

We’re collecting information through field research in and around known waterbird nesting sites at wetlands within the Murray-Darling Basin. These sites include Barmah-Millewa Forest on the NSW-Victoria border, Macquarie Marshes in NSW, Nimmie Caira wetlands of the Lowbidgee NSW, and Kow Swamp and Kerang Lakes in Victoria. 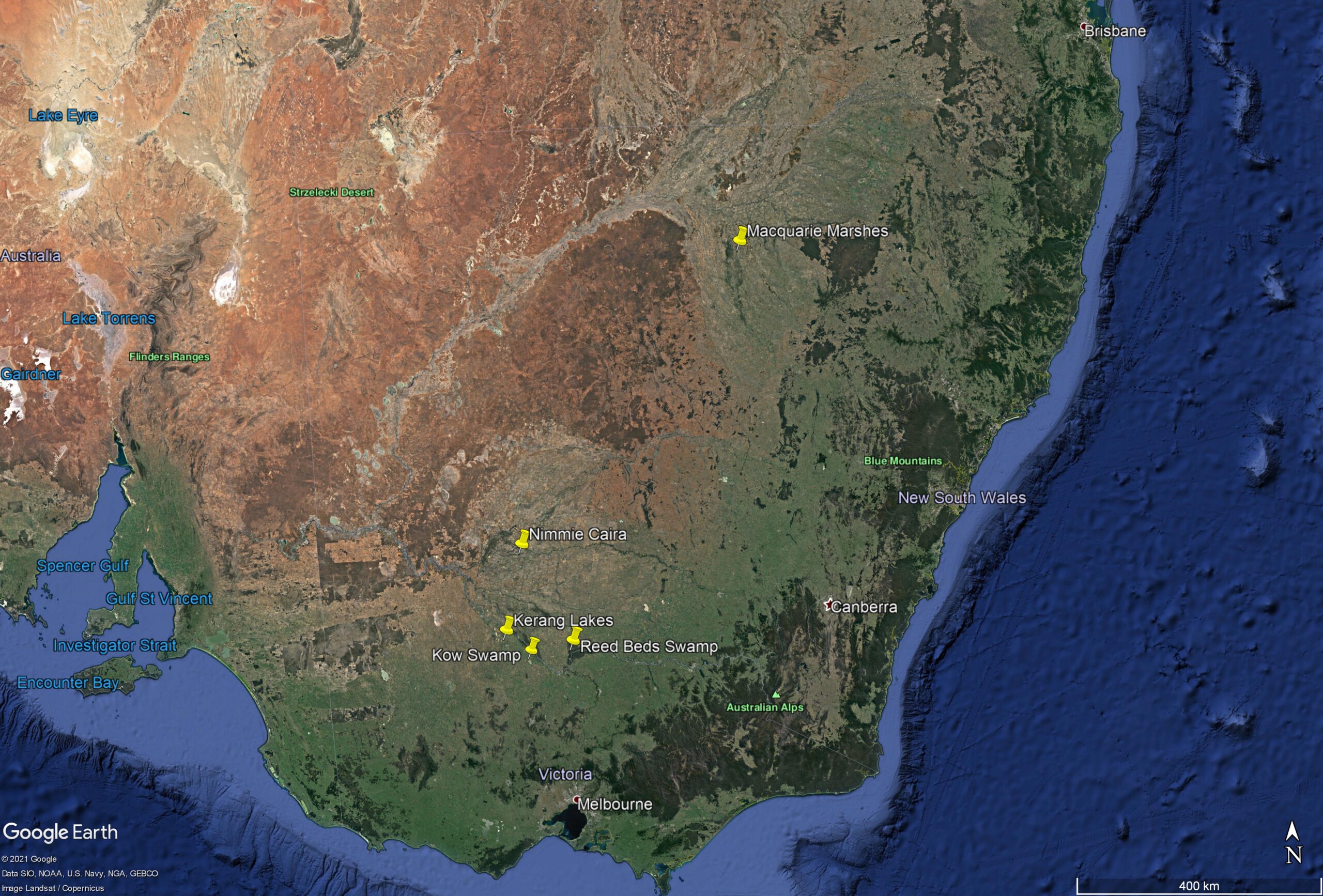 From 2019 we are continuing to GPS satellite track the movements of our straw-necked ibis as well as deploying new satellite trackers on other waterbird species, as part of the FLOW-MER (Monitoring, Evaluation and Research) Program. The 2020-2021 field season saw our 100th bird fitted with a satellite tracker.

From 2015-2019 as part of the MDB EWKR (Murray-Darling Basin Environmental Watering and Knowledge Research) Project we used three exciting techniques to collect data:

Field surveys were conducted at breeding sites to identify the species breeding, track the number and size of breeding colonies (which can change over time during a breeding season), monitor changes in water levels, and identify critical nesting habitat characteristics.  Field surveys were also conducted at foraging sites to identify critical foraging habitat locations and characteristics and estimate foraging success rates.

A total of 64 satellite GPS tracking devices were deployed on straw-necked ibis (42 trackers), Australian white ibis (7 trackers), and royal spoonbill (15 trackers) adults and juveniles to track movements of individuals during and after nesting. From this data we can identify where and how far birds are travelling to feed and to get food for chicks, where juvenile birds are dispersing to once independent, and where adults disperse to after breeding. We also expect to be able to establish whether individuals return to the same sites to breed in subsequent years. This will be one of the largest satellite GPS tracking studies of any bird species in Australia. We also attached identification bands to the legs of birds to permanently track their individual movements throughout Australia, contributing valuable knowledge to the Australian Bird and Bat Banding Scheme (ABBBS).

Monitoring cameras were focused on nests in breeding colonies throughout the breeding season. By analysing camera images we’re able to quantify the survival of chicks through to fledging, and the influence of threats like predation and water level changes. All these factors are essential to filling our two critical knowledge gaps. 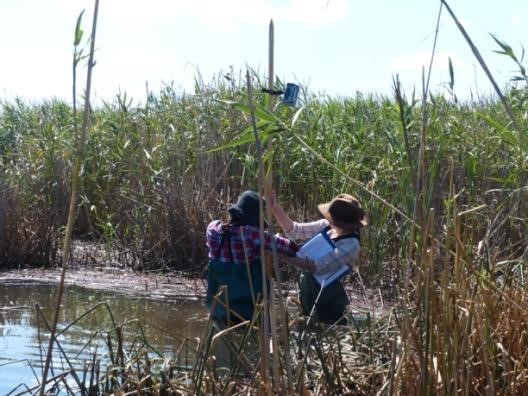 Setting up a camera within reed beds at the Barmah-Millewa Forest. Image credit: Heather McGinness