Whale shark names – cast your vote to be counted!

The tagging of whale sharks forms part of the tagging and tracking research theme and is conducted each year under the direction of our Senior Research Scientist Dr Rich Pillans. Its hoped that the data gathered from tagging these animals will help build a more informed picture on their movements and potential areas of importance to them. 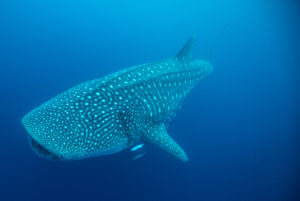 Animals tagged as part of this research are given names and anyone can view their movements at seaturtle.org/tracking! This year we decided to invite you all to suggest and submit suitable names for the whale sharks we intend to tag in June 2018.

The competition closed on the 20th May 2018. It was a tough choice with so many fantastic names submitted.

Winning names were announced at 3:00 pm on the Talanjee Oval, as part of the Ningaloo Whale Shark Festival in Exmouth.

So what you waiting for… cast your vote and get your friends to as well!

Animals can be tracked here from late June 2018!

Previous post:
Fancy naming your own whale shark…. now is your chance!
Coming up next:
Tagged whale shark build instructions