TARA was founded at a workshop in Canberra in October, 2014. The workshop was intended to extend and deepen an existing collaboration on adaptation to climate change between CSIRO researchers and Dr Sandra Lavorel from CNRS in France. We are most grateful to the Embassy of France in Australia for their support of the workshop. 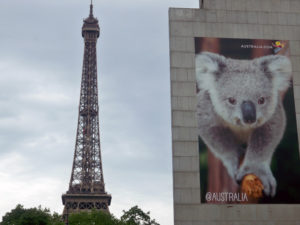 TARA emerged from a collaboration between France and Australia (photo: Berta Martin-Lopez).

A second TARA workshop was held in Paris in July 2015, coinciding with the UNESCO-sponsored conference Our Common Future Under Climate Change, where we extended the alliance to include collaborators from universities, WWF and IUCN, along with our existing partners Conservation International. Workshops have been held every year since (2016: Lautaret, France; 2017: Oaxaca, Mexico; 2018: Bilbao, Spain).

The objectives over the short-to-medium term are to develop and consolidate the alliance and its activities and develop the TARA framework by the application of its three core concepts to case studies. A series of research activities are under way in France and Australia focussing on implementation of the EAP-TARA approach for climate adaptation in practice.