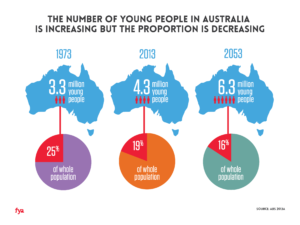 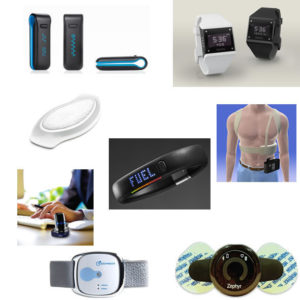 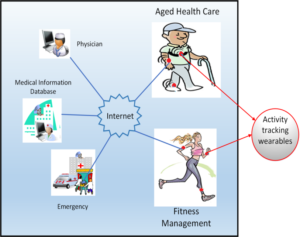 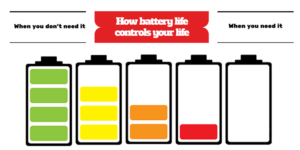 Context-aware utilization of available resources of multiple body-worn sensors such as; 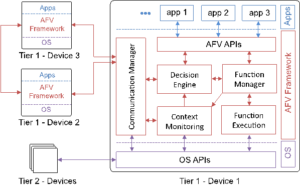 The above figure illustrates the power profile for three devices during the experiment. At the beginning, the phone is sampling accelerometer in normal speed and sending data to other two devices once in a minute. Then, we emulated a context change (unplugging the phone from AC power) at 15th second. With the context change, phone broadcasts all the devices in the personal network about the context change, which then triggers the Decision Engine on the phone and selects the watch 1 for sensing there after. The phone notifies the new function allocation to other devices and handover the sensing function to the watch 1. The phone stops sensing only after watch 1 acknowledged that watch 1 has taken over the sensing function.

The high power peaks of all devices after 15th is due the messages received and transmitted by each device, which is followed by high power idle states. The high power idle state is longer for the phone (until 26th second) compared to watches (until 20th second). Furthermore, our result shows that the overhead of system adaptation to context changes is less than one second as the watch 1 start sensing even before 16th second. This experimentally validates the sense-droid framework functionality with real devices.