As part of its work on Vision Processing for Prosthetic Vision, Data61 is developing a tactile vibration sensory substitution device known as the VibroMat. The mat has 96 pager motors, which are each capable of vibrating at independent intensities. Sensory substitution devices replace a lost sensory system by re-routing information normally captured by that sense to another functional sense. For blindness, the VibroMat can present users with a 2D view of the world via a tactile display.

The VibroMat is targeted as a non invasive visual prosthetic device that will assist people with vision loss with a range of tasks. We are also interested in how such a device can be used to provide additional sensory cues in other scenarios, such as providing warnings in hazardous situations. 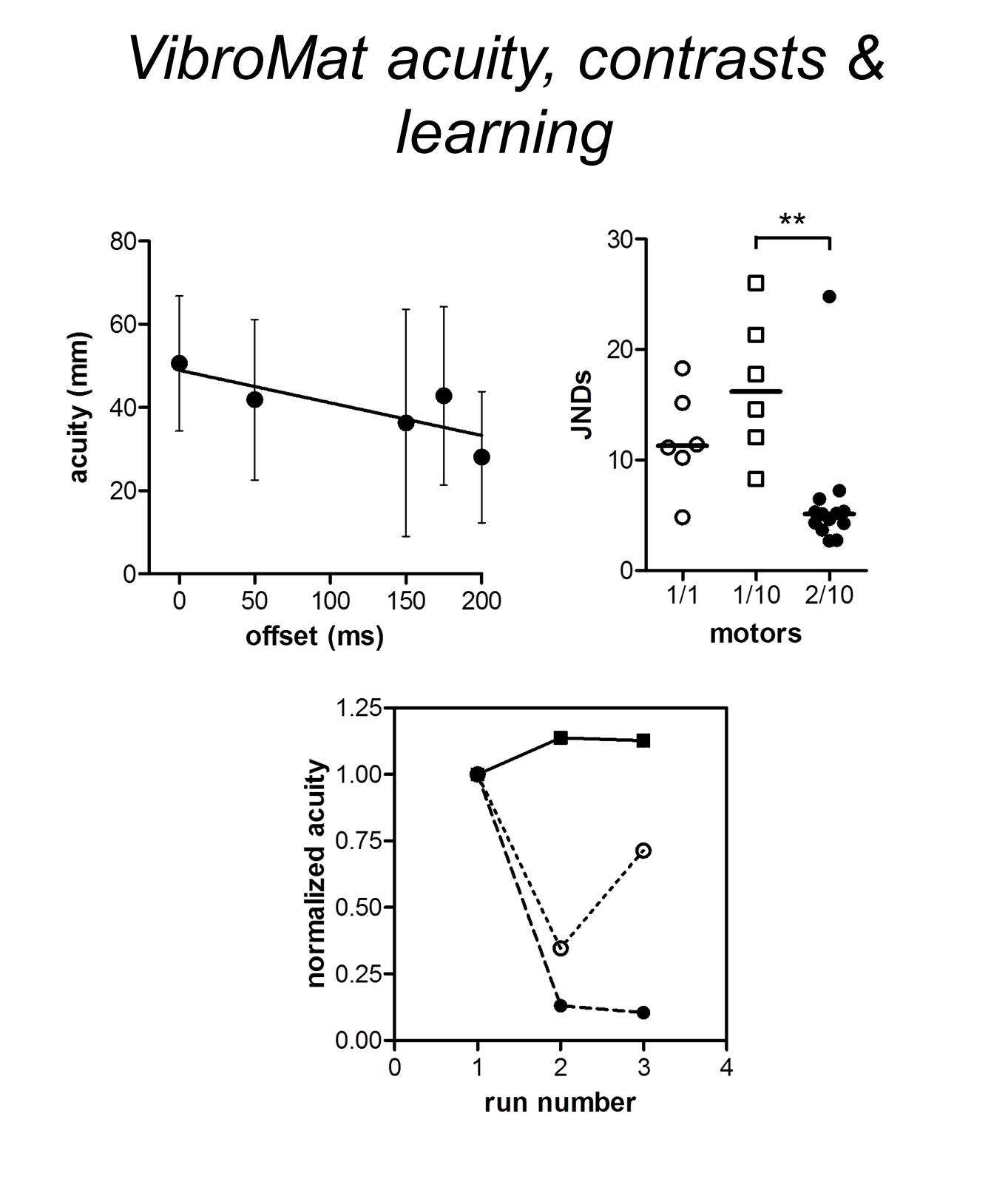