We found that there are opportunities to increase goat meat productivity in both Ethiopia and India. Reproduction, liveweight gain and survival rates can be increased through better nutrition, genetics and healthcare, but the biggest increase in production and profits occurred when multiple interventions were combined (see table). 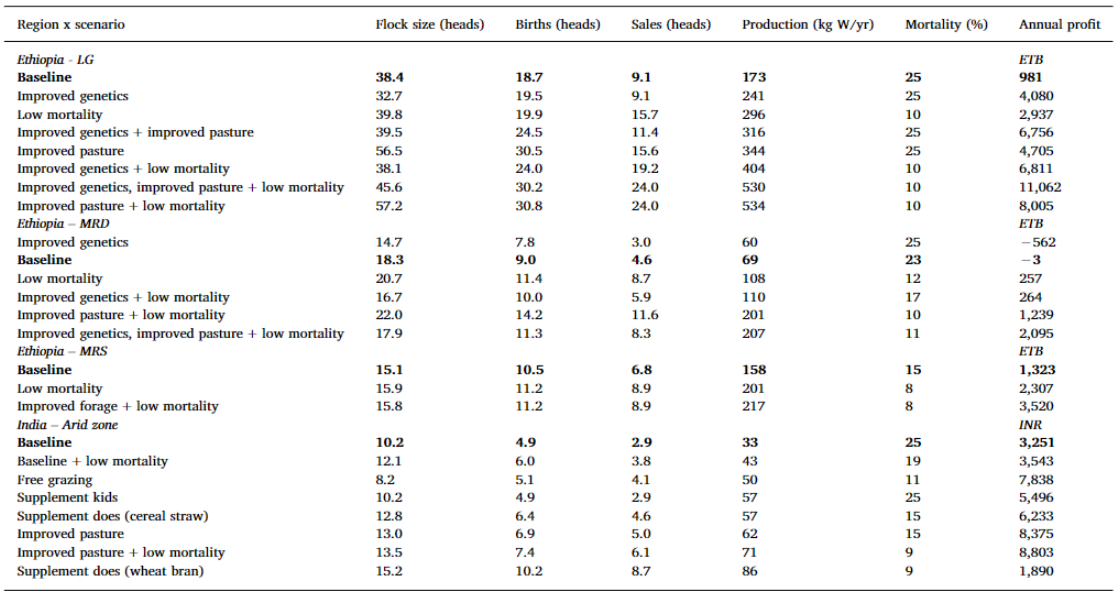 In Ethiopia we found that:

In India we found that: