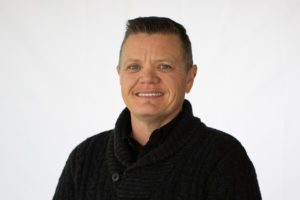 TJ is based at the CSIRO Oceans and Atmosphere in Hobart. They joined CSIRO in 2007 as a Research Technician after completing a Bachelor of Environmental Management at James Cook University.

TJ has worked in many environments both terrestrial and marine during their career, including the rainforests of Wet Tropics World Heritage Area, the savannas of Cape York Peninsula, the Kimberley region and the Great Barrier Reef and the marine environment surrounding Australia. TJ’s focus is now on a global scale.

TJ has been involved with projects researching dugong abundance, avian malaria, rainforest fragmentation, fire and biodiversity, exotic pests, climate modelling for restoration and illegal fishing in Indonesia. Since 2013 TJ has had a main focus on the issue of marine debris, they have played an integral part of the team providing technical support, and conducting fieldwork across many locations in Asia and Africa. TJ particularly enjoys community outreach, including engaging with school kids, in CSIRO’s National Marine Debris Project and Global Plastics To Oceans project.