A focus on colonial-nesting waterbirds

Our research focuses on waterbird species which breed and nest in colonies within wetlands, as they are regular targets for environmental water flow management and policy. The locations of major breeding colonies within the Murray Darling Basin are known and their nests and breeding success are more easily surveyed than those of other species. Colonial-nesters also provide a reasonable model for understanding relationships between water flows and waterbird responses.

Our target species are the Australian white ibis (Threskiornis molucca), straw-necked ibis (Threskiornis spinicollis) and the royal spoonbill (Platalea regia). Wetlands within the Murray-Darling Basin are major breeding sites for these species. These species have differing diets and habitat requirements, so represent a range of potential feeding and nesting habitats as well as movements within the Basin and Australia.

Within wetlands these species nest in reeds, rushes, lignum or trees in dense colonies, with ibis colonies comprising sometimes tens of thousands of birds. After arriving at the breeding site they seek out a mate; males and females court one another with various displays and behaviours. After finding a mate both sexes flatten and arrange vegetation into a bowl-shaped nest. The pair take it in turns to incubate their eggs and feed and care for young. The behaviour of adults and chicks at the nest, particularly straw-necked ibis and royal spoonbills, is relatively unknown. 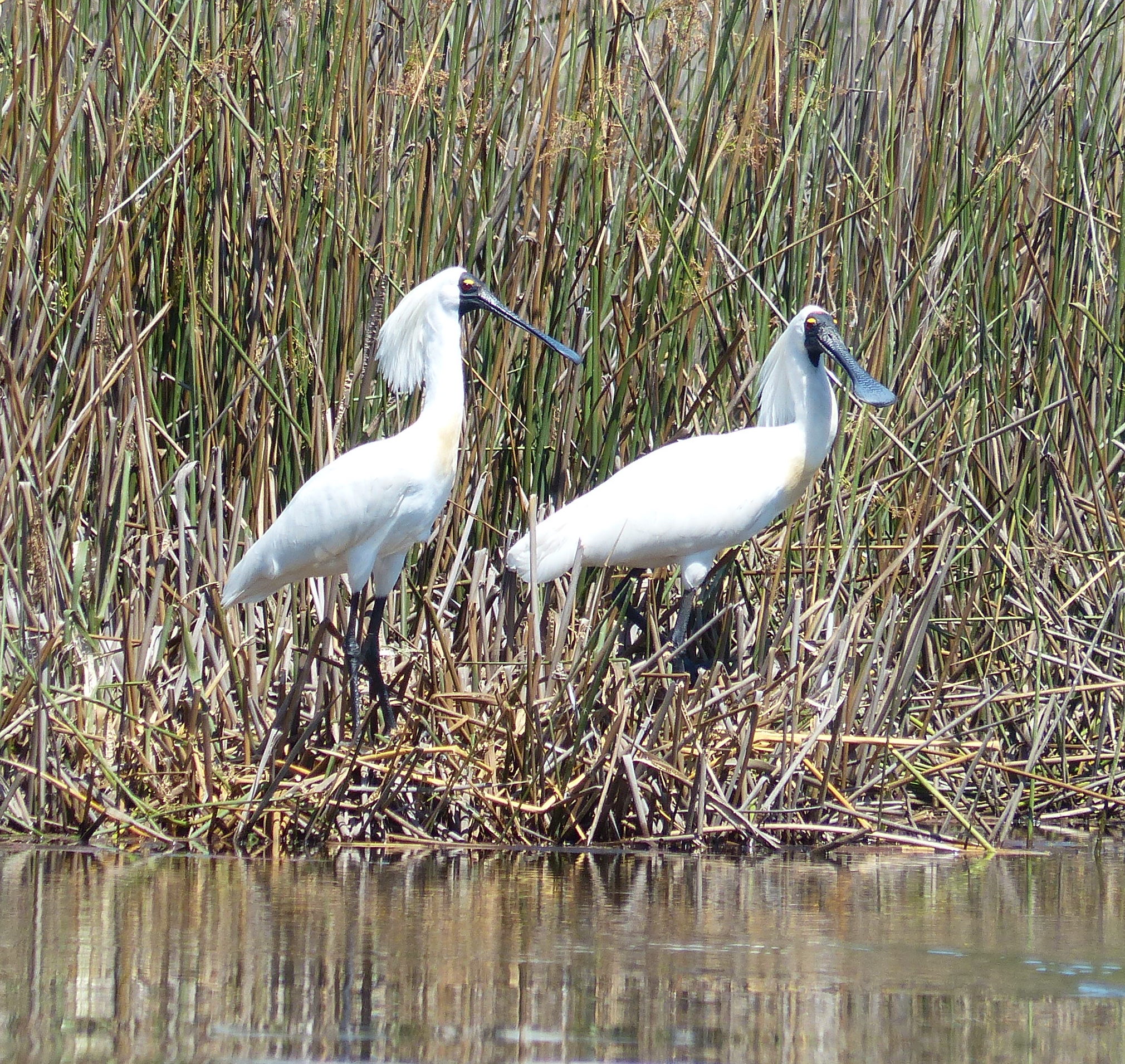 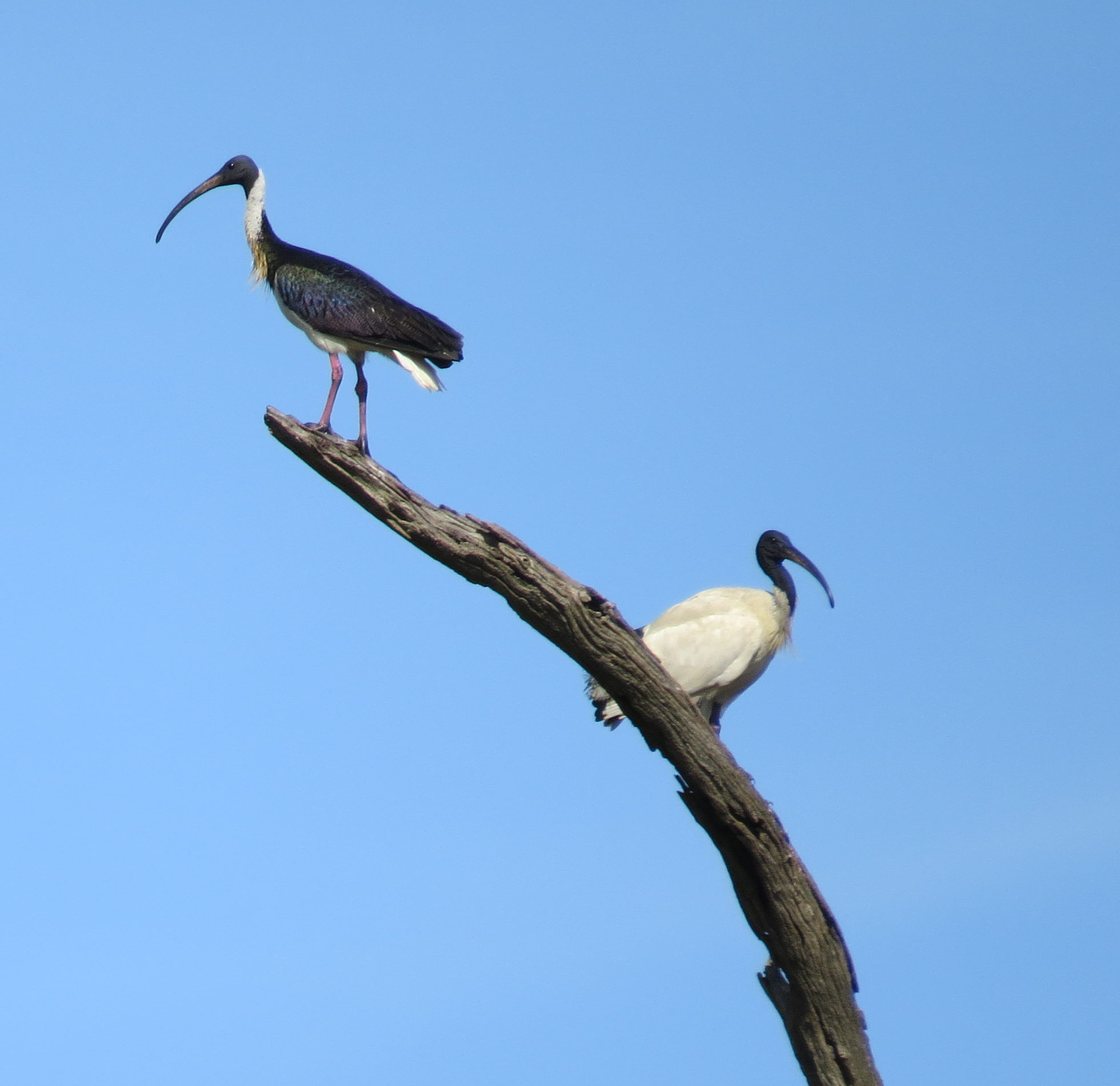