Kow Swamp in Victoria is an important breeding site for both ibis species and for royal spoonbills. Nesting occurred in the spring/summer of 2017-2018, 2018-2019 and 2019-2020. In December 2017 we fitted satellite GPS trackers to 22 birds (12 juvenile and 3 adult straw-necked ibis, 7 juvenile Australian white ibis) in Kow Swamp. We also collected feather, scat and regurgitate samples from nests. Between November 2019 and January 2020 we fitted trackers to 10 straw-necked ibis and one royal spoonbill.

Kerang Lakes in Victoria is one of the largest straw-necked ibis nesting sites in Australia. Australian white ibis and royal spoonbills will also nest at Kerang, but in much lower numbers than straw-necked ibis. Kerang also supports a variety of other breeding waterbirds including Australasian darters and little-pied cormorants. Birds of prey like whistling kites and black kites are also present in large numbers during these breeding events.

Nesting at Kerang Lakes occurred in the spring/summer of 2017-2018. From November 2017 to January 2018 we fitted satellite GPS trackers to 9 birds (6 juvenile and 1 adult straw-necked ibis, 2 juvenile royal spoonbills). We also collected feather, scat and regurgitate samples from nests. 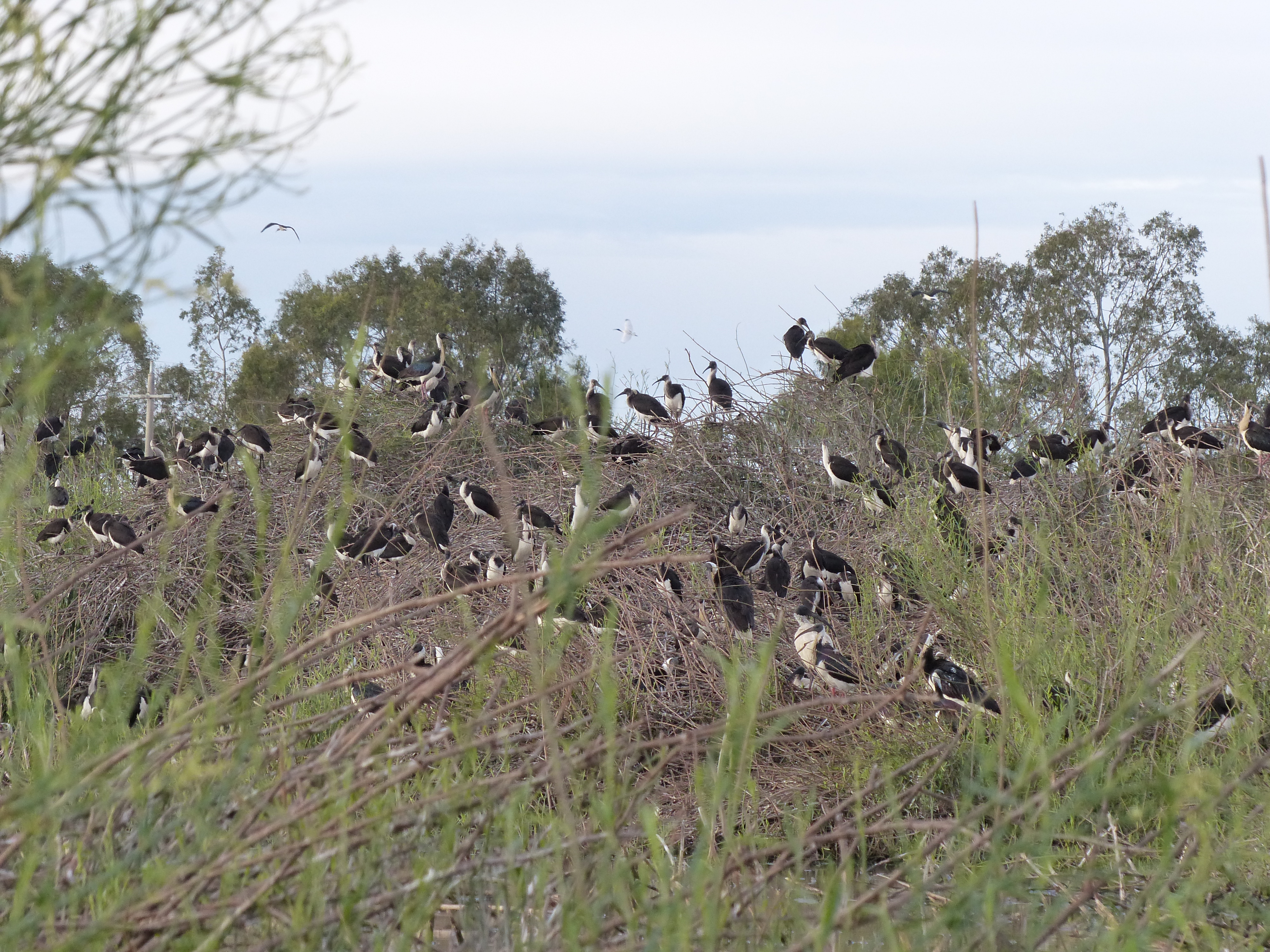