Where does the Crofton rust fungus come from?

The Crofton weed rust fungus Baeodromus eupatorii originates from Mexico, the native range of the weed.

The rust fungus infects young leaves and stems of Crofton weed and has great potential to reduce competitiveness, reproduction and spread of the weed. It obtains nutrients and water from the host plant by establishing an intimate contact with living cells. Through this continuous absorption or diversion of assimilates from the host plant, the fungus becomes detrimental to plant development and reproduction. The fungus also destroys leaf tissue by producing fruiting bodies thus reducing the photosynthetic surface of the plant. 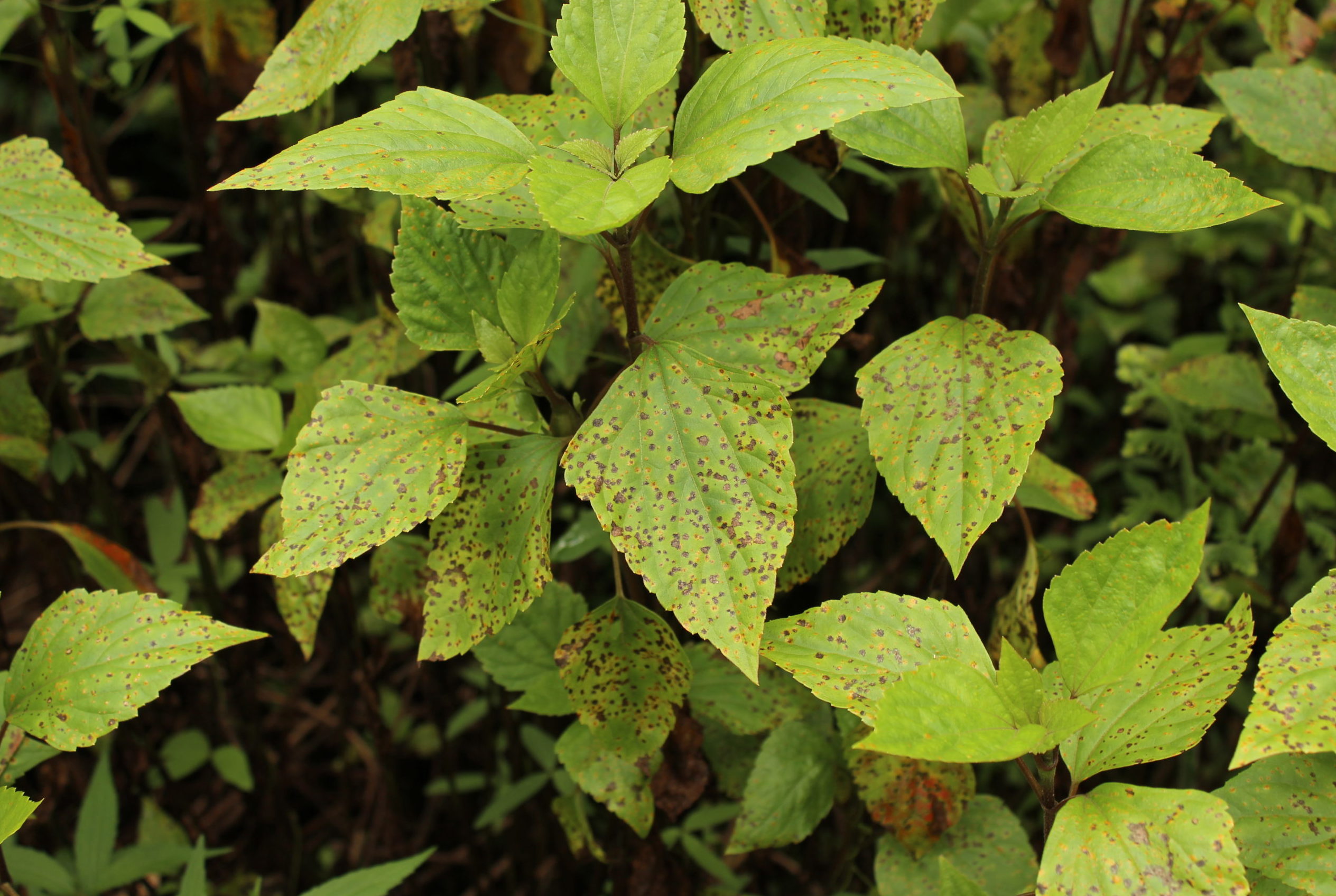 The rust fungus should adversely impact Crofton weed populations over time through regular defoliation of plants, but will not eradicate them. It will enhance biological control of crofton weed by complementing the effects of two other biological control agents introduced in the 1950s: the fly ‒ Procecidochares utilis that causes galls on stems and the leaf spot fungus ‒ Passalora ageratinae that causes necrotic lesions on old leaves.

There is no single solution to deal with the Crofton weed problem in NSW. Consequently any improvement of biological control through the release of the rust fungus will be most welcome, particularly at sites where implementation of other control methods is inappropriate or impractical. However, biological control is not a silver bullet, but rather a complement to existing control techniques.

What is the difference between symptoms of the rust fungus and the leaf-spot fungus on Crofton weed?

The leaf-spot fungus (Passalora ageratinae), which was introduced in Australia in the 1950s, produces large necrotic lesions on older leaves of Crofton weed. In contrast, the rust fungus infects young leaves, and produces lesions that contains orange spores, with or without necrosis. Rust pustules that first appeared on young leaves can be seen on older leaves as the plant continues to grow. 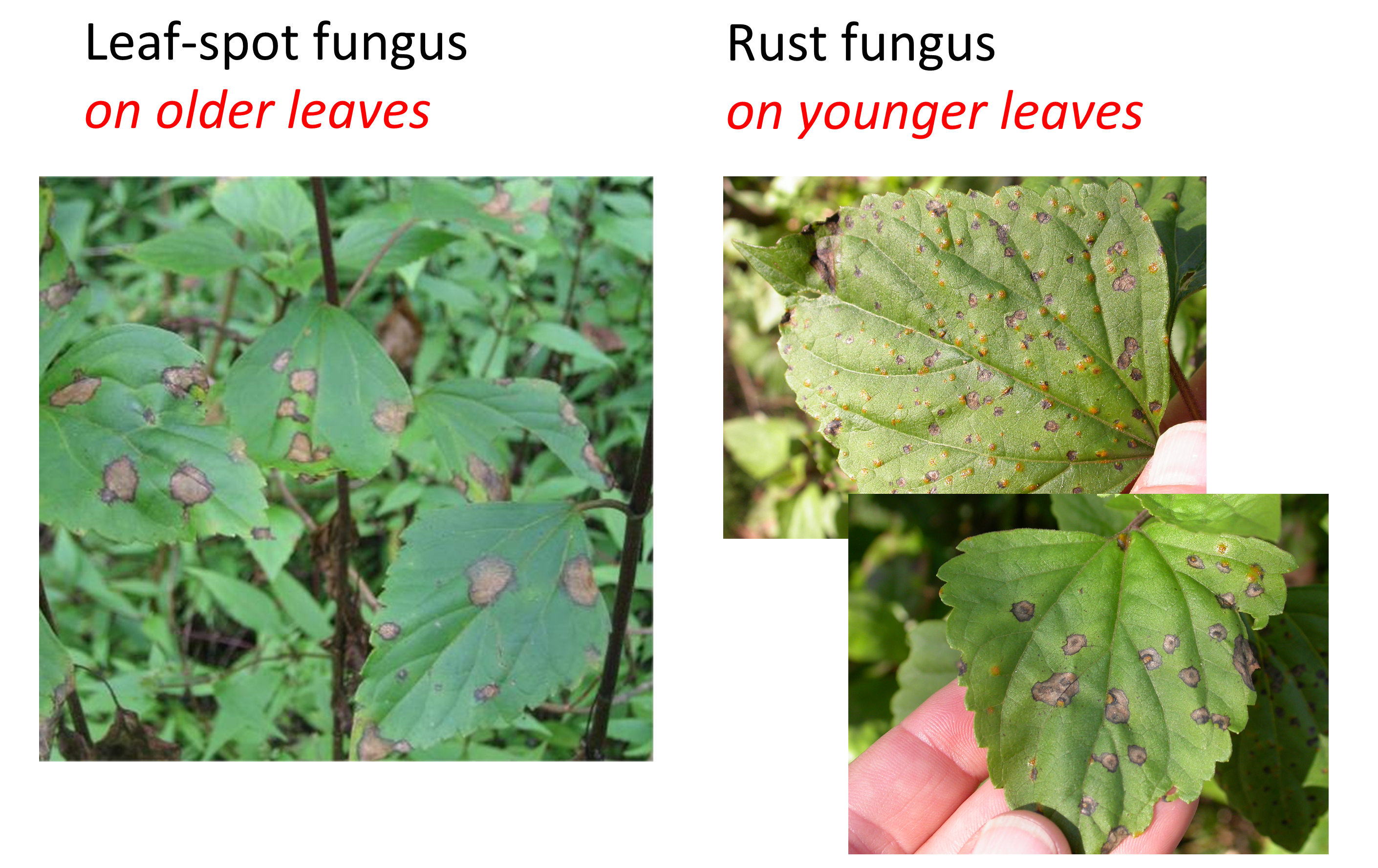 Is this rust fungus safe?

The rust fungus was thoroughly tested before approval was obtained in May 2014 to release it in the Australian environment. Results from host-specificity tests demonstrated that the rust fungus does not pose a threat to economic and native plant species.

What is a most suitable site for the rust fungus to thrive?

Sites with extensive and dense stands of actively growing Crofton weed that are not in full sun are ideal because the rust fungus prefers cool temperatures.