CSIRO has a long and accomplished history in advanced research and technology in the fields of space sciences and space tracking, including Earth observation (EO), remote sensing and data management. Space-derived services, including EO, has been identified as an area of opportunity in the Space Roadmap.

The CSIRO Centre for Earth Observation is located within the CSIRO Space and Astronomy (S&A) Business Unit. S&A develops and operates world-class National Facilities for radio astronomy and spacecraft tracking, and space‑related technologies for the benefit of Australian and international science communities.

Another key element of the S&A Space Program is the Space Technology Future Science Platform, which directly addresses high-value, high-risk leapfrog R&D areas to accelerate the growth of the Australian space sector. Several EO projects across CSIRO’s Business Units are supported by this initiative.

The strategic direction for the Centre is set by an Advisory Committee, consisting of representatives from all the relevant CSIRO Business Units. While the core team comprises only a handful of staff, the Centre taps into expertise from many different parts of CSIRO. Over 80 scientists, engineers and researchers around the country make important contributions to the work of the Centre. 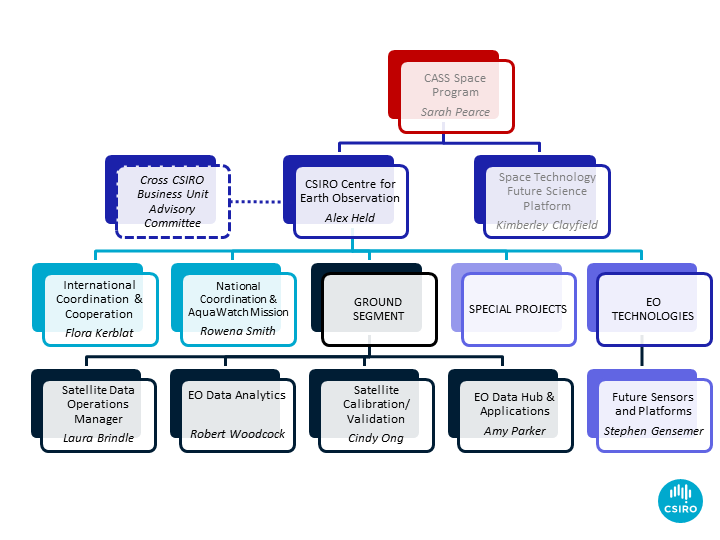