Cape ivy vines grow rapidly until summer; leaves start to senescence by midsummer, while at the same time new shoots begin to grow from stems growing across the soil surface. Cape ivy reproduces mainly via fragments of stems and stolons, which can set root and grow in moist and low light conditions. Stem sections can persist for months before setting root, and may be dispersed away from the parent plant during soil disturbance and flood events. 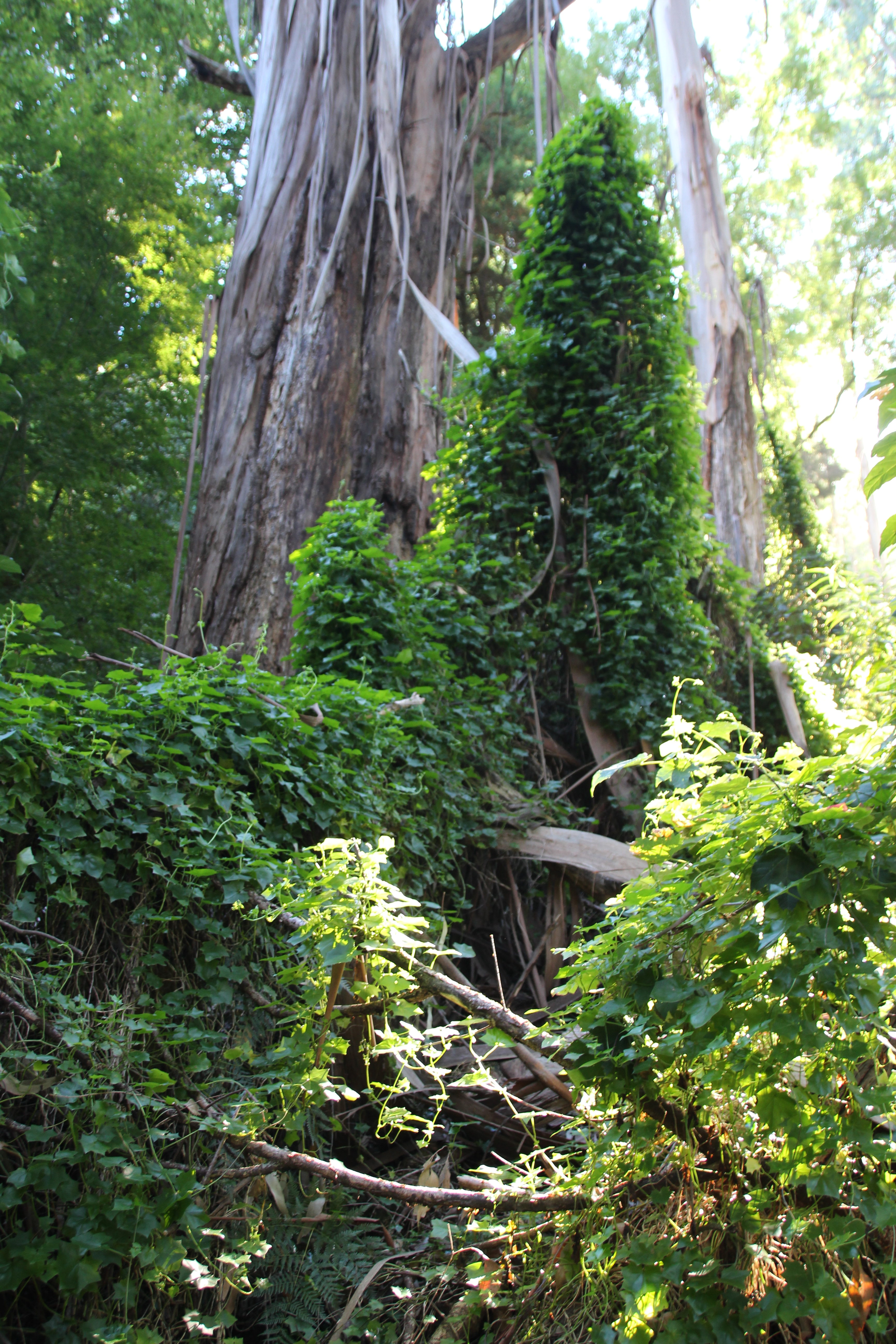 Hand-pulling of younger plants and smaller infestations seem to be the most effective means of controlling Cape Ivy at early stages of invasion, but ripping up the root systems often causes disturbance to the soil and damage to native plants. Any stem material left behind may enable re-invasion.

Applying herbicides to cut stems (pasting) and mature foliage (spraying) may be suitable for larger infestations, yet this may result in non-target damage to native vegetation growing beneath Cape ivy foliage. In most cases, however, the large scale distribution and remoteness of Cape ivy infestations make physical removal and herbicide application unviable and expensive control options in the long term.

Additional information on current control strategies can be found here: 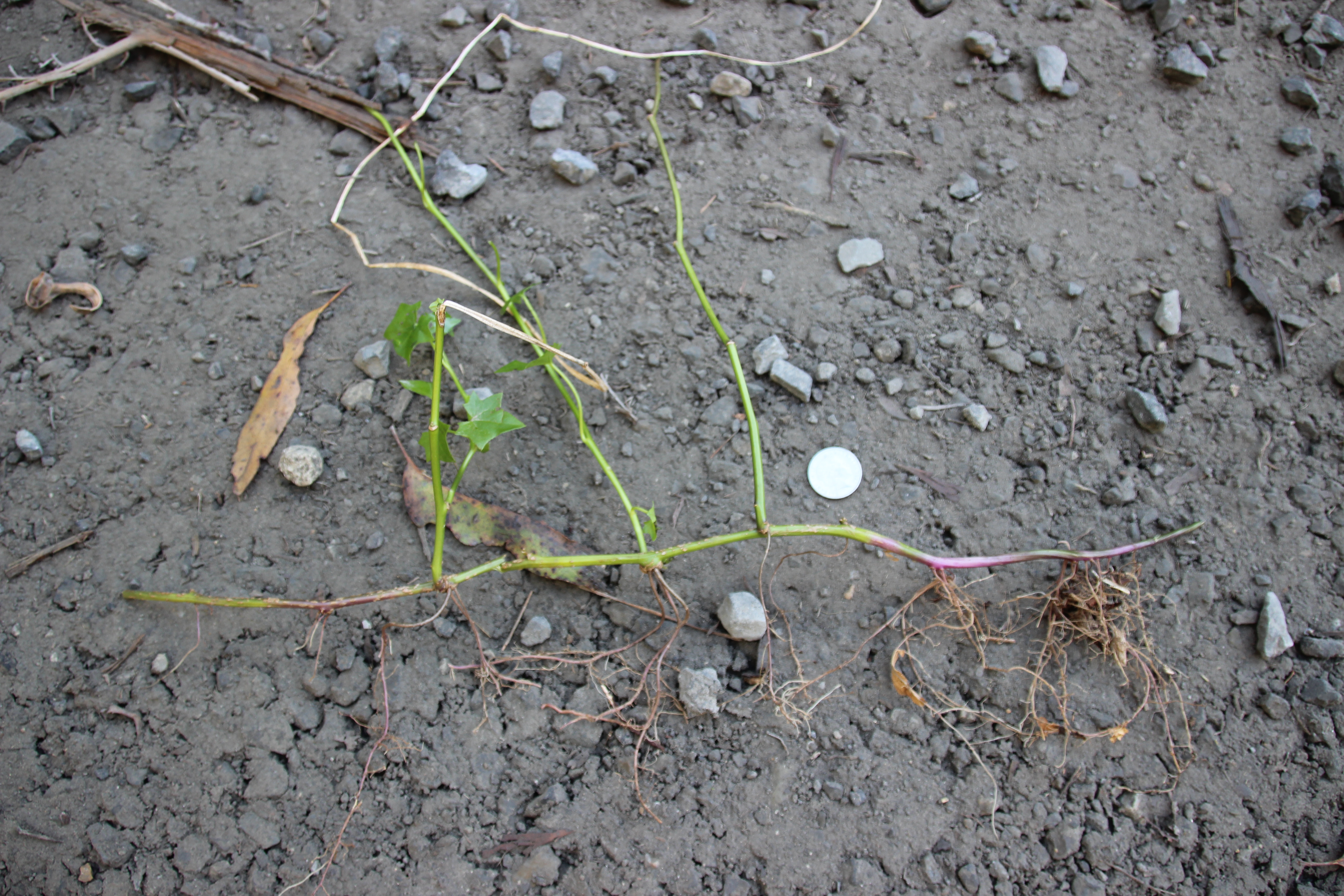 Cape ivy can grow from cut stem pieces, which have the ability to produce roots at the nodes (photo: Tracey Steinrucken).

Classical biocontrol is the only recognised sustainable solution to the suppression (but not eradication) of environmental weeds to reduce their impacts at a landscape scale in Australia. Use of mechanical or chemical control for Cape ivy in sensitive forest settings is unviable over large spatial scales, because Cape ivy can routinely regenerate from stem and root fragments. Furthermore, herbicide application often affects the foliage of non-target native plants that Cap ivy is growing over, and manually removing Cape ivy vines can physically damage native tree branches. A biocontrol approach may offer a longer term, sustainable solution to controlling Cape ivy at large spatial scales, especially in sensitive ecological communities with lower risks to native vegetation. By reducing the growth of climbing stems, biocontrol agents would slow the rate of Cape ivy invasion into the native canopy, thereby reducing shading and structural damage to native shrubs and trees.